Ensuring Security is a quest available in Elder Scrolls Online. Upon reaching the city of Vulkhel Guard, the gateway to Auridon, you will notice that the security is tight. It is because the new leader of the Aldmeri Dominion, Queen Ayrenn, is preparing to make a public appearance. Find out more about this quest on […]

Ensuring Security is a quest available in Elder Scrolls Online. Upon reaching the city of Vulkhel Guard, the gateway to Auridon, you will notice that the security is tight. It is because the new leader of the Aldmeri Dominion, Queen Ayrenn, is preparing to make a public appearance. Find out more about this quest on your ESO account in the article below! 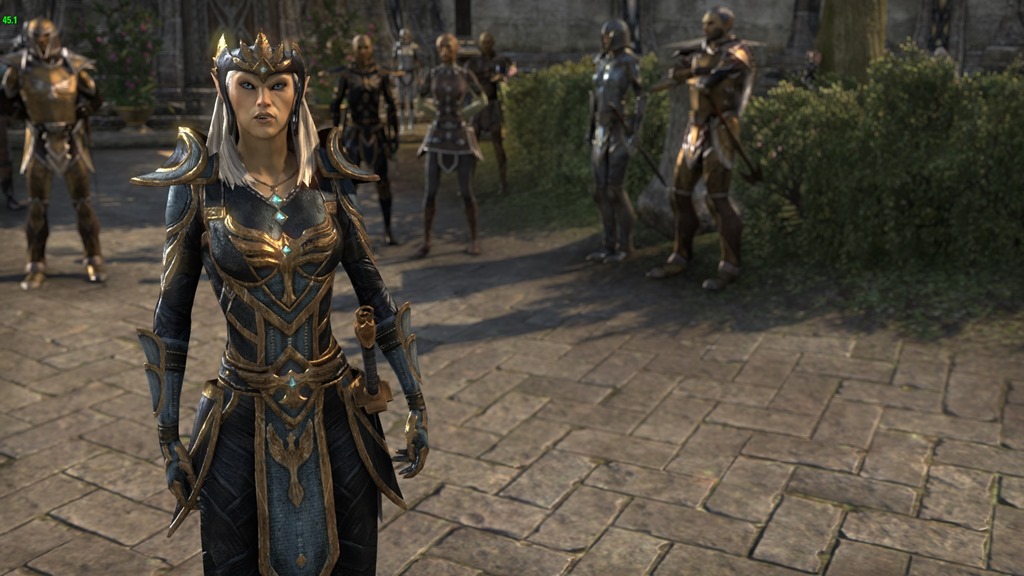 Once you arrive in Vulkhel Guard, head to Watch Captain Astanya. If you have already stopped the Maormer attack during The Tempest Unleashed on your TESO account, tell her about it and she will inform those who need to know. She will still ask for your name as part of security precaution. Ask if she needs any help to prompt the quest. Locate Advisor Norion and Steward Eminwe.

Eminwe is in a warehouse, checking over all of the food in the storage. She will tell you that two of the chefs preparing food for the queen’s feast fell ill after working with some of the ingredients. Check over the side warehouses for any sign of infected food. You will eventually find a container with poisoned meat in it. As you leave the warehouse, you will be attacked by a Heritance Soldier. Defeat the enemy and report back to Eminwe. She will tell you to save the meat to show to Astanya, and will direct you on to Advisor Norion at the west end of the docks.

Once you have found Norion, who is standing outside a large warehouse, he will tell you that a burglar sneaked into the warehouse to steal marine deployment plans for the speech that the queen is planning to make in the future. Enter the warehouse to witness an assassin murdering the burglar and then vanishing immediately. Collect the plans lying on the ground near the corpse and show them to Norion, telling him about what you saw. Return to Astanya afterwards.

Once you have sufficient evidence of a plot to assassinate the Queen during her public appearance, bring it to the watch captain. She will direct you towards a wanted Altmer with valuable information who has isolated himself inside a house, threatening to kill himself should anyone approach. Attempt to negotiate with him, allowing the guard to sneak in behind you. Successfully convince Fasion to let you in, and he will tell you that Captain Astanya is the danger to the Queen as she is a member of a group called the Veiled Inheritance. He will beg you to inform Queen Ayrenn of this danger to her life.

At this point, Watchman Heldil and Watchwoman Faritaale will enter the building. Faritaale will incapacitate Fasion, and Heldil will congratulate you for your assistance, assuring you that Fasion will receive a fair trial. Take your evidence to Astanya to conclude the quest on your Elder Scrolls Online account.