The great ashfall of the Ash Mountain is both a blessing and a curse to the Stonefalls zone. It keeps the soil of the area fertile, but the lava flows make the area incredibly dangerous. Thankfully, new ESO account holders have this guide to show them where to go in this volcanic land. Cities to […]

The great ashfall of the Ash Mountain is both a blessing and a curse to the Stonefalls zone. It keeps the soil of the area fertile, but the lava flows make the area incredibly dangerous. Thankfully, new ESO account holders have this guide to show them where to go in this volcanic land. 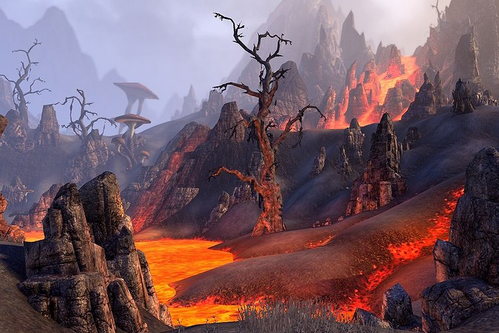 The Stonefalls zone falls under the jurisdiction of the Ebonheart Pact. It is designed for characters at level 3 to 15. It also contains 16 Skyshards in total. These are incredibly beneficial for new Elder Scrolls Online account holders.

The zone contains three cities despite the threat of volcanoes. First is Davon’s Watch located to the northeast. In the center of Stonefalls lies Ebonheart, while to the southwest the city of Kragenmoor can be found. Other centers of civilization in the area include the towns of Senie to the east, and Lukiul Uxith to the west. There are also three forts in the area. Fort Arand is to the south, while Fort Viral is to the northwest. Heimlyn Keep is to the west, just north of Kragenmoor.

TESO account holders looking for gear can check out the zone’s numerous dungeons. There is the Emberflint Mine in central Stonefalls, just southeast of Ebonheart. Another mine is the Hightide Hallow also in central Stonefalls, but this time west of Ebonheart. There is a Dwemer ruin west of Davaon’s Watch by the name of Inner Sea Armature. Sheogorath’s Tongue, a Daedric ruin, meanwhile lies north of Kragenmoor in the west of the zone.  Yet another ruin is Mephala’s Nest just south of Ebonheart.

If you are looking for a challenge, then why not take on the group bosses located in Stonefalls. South of Ebonheart is the Brahma’s Grove which holds one such boss. The Cave of Memories is yet another location, this time in western Stonefalls, just northwest of Heimlyn Keep. On an island off the west coast of Ebonheart is the Matron’s Clutch. Lastly, there is also the Shivering Shrine. This is a daedric ruin that lies to the northeast of the city of Kragenmoor.