We’re still trying to talk newbies into playing Elder Scrolls Online, and what better way to do so than to present them with the Gold Edition of the game. But why sell the special edition to prospective players instead of long-time ones? Well, that’s because this special edition of the game is for players who have yet to play the game, not those who already have loads of ESO armor sets.

The reason why it’s the newbies and not the veterans who should pick up a copy of the Gold Edition is because there is no point for them to do so, as they are already updated with everything in the game. Newbies, however, are advised to get the game if they truly want to play ESO and collect ESO armor sets, as choosing not to do so would cause them to spend so much time patching, as well as money in buying each and every individual expansion, as the four expansions – Imperial City, Orsinium, Thieves Guild, and Dark Brotherhood – are already included with this particular version of the game. 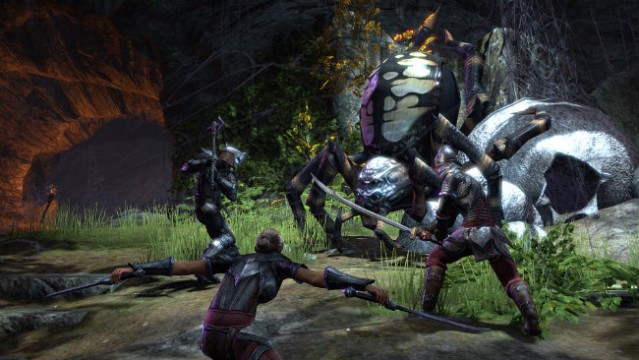 There is no better time to get Elder Scrolls Online Gold Edition than now, as the next expansion, One Tamriel, is only a few months away from being released. The main focus of this expansion, other than the new content such as ESO armor sets, is to bridge the gap between veteran players and beginners, allowing them to run dungeons together without requiring the former to create a lower-level alternate character. In addition, One Tamriel will be giving players a freer roam, making the game a little more open, like the single-player Elder Scrolls games (but of course, not too much like them). And lastly, the questing will be given a massive overhaul, as players will be given more freedom in choosing  their quests.

Indeed, Bethesda is making sure that One Tamriel is a big hit not only with long-time players, but also a gateway for newer ones. Hopefully, with Elder Scrolls Online Gold edition, fresh blood will be pumping in ESO, and will be questing, fighting, and buying ESO armor for sale themselves.