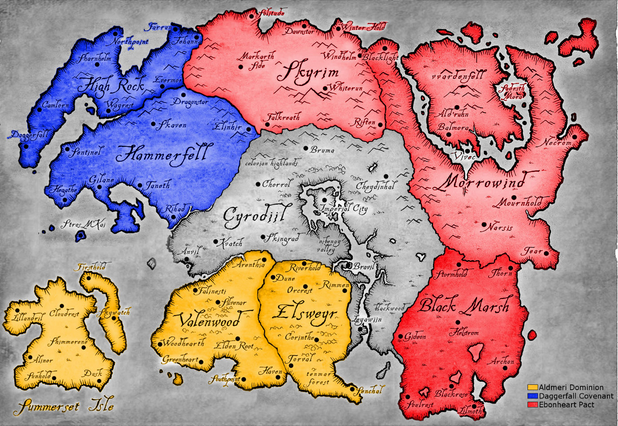 Aldmeri zones to get ESO gold from

The Aldmeri Dominion covers the south western regions of Tamriel. Elder Scrolls Online gold hunters can find Elder Scrolls Online items, Elder Scrolls Online weapons and Elder Scrolls Online armor in these regions by visiting the respective zones.  These zones include Auridon which is the second largest island in the Summerset Isles. Grahtwood is deep inside the Valenwood jungles and is home to the capital Elden Root. Meanwhile, Greenshade is in western Valenwood rife with flora and fauna owing to a river crossing it. Those venturing to the northwest of Valenwood will find themselves in the jungles of Malabal Tor. Off the coast of Elsweyr is Khenarthi’s Roost which is an island named after the Khajiiti goddess. Finally, connecting Elsweyr to Valenwood is the Reaper’s March zone.

Getting ESO gold from Daggerfall zones

For adventurers in the Daggerfall Covenant, there are seven zones to get TESO gold from. In High Rock, players can hunt in Rivenspire to the north, Stormhaven to the south and Bangkorai to the east. Hammerfell residents on the other hand can head north to the Alik’r Desert or go to the isle of Stros M’kai. Betnikh is another small island to venture to, while the entire peninsula between Iliac Bay and the Abecean Sea is under the Glenumbra zone.

The Ebonheart territories will be familiar to fans of the game series. Majority of the zones are located in Morrowind. This includes Bal Foyen, Bleakrock Isle, Deshaan, and Stonefalls. Eastmarch and The Rift however are located in Skyrim. Lastly, the only zone in Black Marsh is Shadowfen.