The Orsinium DLC for TESO will open several new areas to explore for Elder Scrolls Online weapons, armor, and items collectors. Today’s article will cover an overview of what to expect while wandering throughout mountainous regions of Wrothgar. Frozen Fleet for Elder Scrolls Online Weapons Collectors As a cold and harsh environment, Frozen Fleet is […]

The Orsinium DLC for TESO will open several new areas to explore for Elder Scrolls Online weapons, armor, and items collectors. Today’s article will cover an overview of what to expect while wandering throughout mountainous regions of Wrothgar. 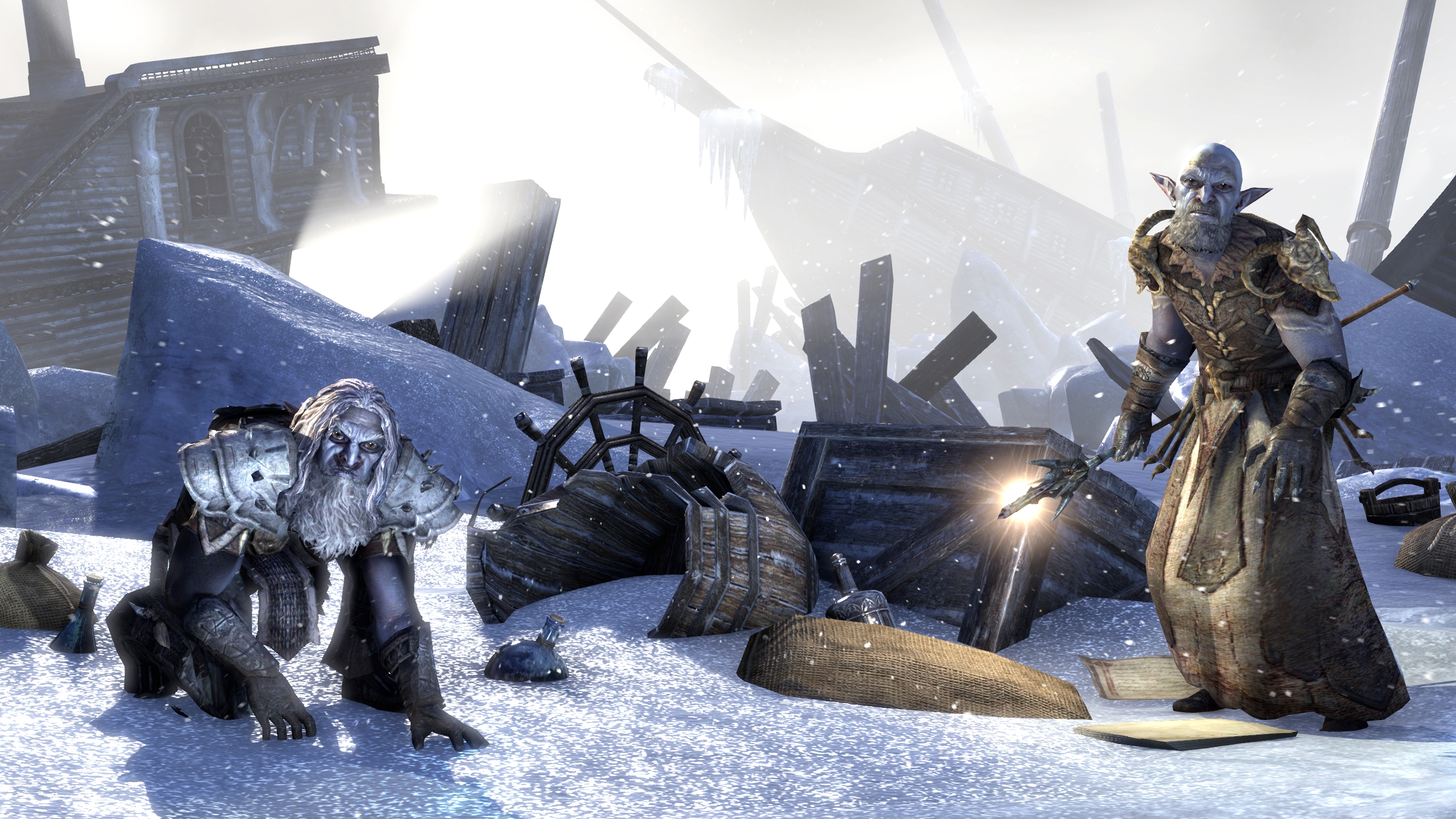 As a cold and harsh environment, Frozen Fleet is a stretch of rugged seaside on the icy shores of Wrothgar’s northwestern coast. Expect harsh weathers, unpredictable storms, and frequent shipwrecks as ice. Apparently, a fleet of Breton ships from the Daggerfall Covenant were thrown off course by a powerful storm and have been captured in the frozen bay, so now, bands of Riekrs and wandering ogres frequent the wreckage in search of spoils and loot, which you will surely do as well when exploring this area for Elder Scrolls Online items. As you explore the area, keep an eye out for the Breton ambassador: she’s been missing since the storm struck and the ships smashed into the ice.

Somewhere in the northernmost reaches of Wrothgar is the stronghold of Clan Fharun, an Orc settlement that prides itself on remaining true to the teachings and traditions of Malacath. This spells conflict between the chief and King Kurog, who wants to set aside the restrictions of tradition and lead the Orsimer into a new age rich with opportunities and newfound prestige. Of course, the clan’s dedication to Malacath makes it a prime target for the zealous Vosh Rakh and their harsh methods for spreading the word of Trinimac throughout the land of the Orcs.

Venture to the historical site of Old Orsinium and you’re practically stepping on a gold mine. The ruins serve as a tempting target for adventures and Elder Scrolls Online items hunters alike from all across the land. Within the extensive ruins, you can uncover the history of the Orcs, explore Malacath’s religion of grudges and curses, and contend with Winterborn savages from the Reach.

The Orcs of Tumnosh Stronghold control and operate Graystone Quarry, a site known for supplying the massive amounts of stone necessary for rebuilding the glorious city of Orsinium. The Tumnosh Clan is proud of the quarry and the stone they provide; however, King Kurog’s demands for more and more stone stretch the workers to death. If you perchance upon the quarry in the wilderness southwest of Orsinium, check on the Tumnosh Orcs: the current order of stone hasn’t reached Orsinium yet, and Borab, the city’s master mason, is worried.