What’s up, Elder Scrolls Online weapons collectors? For today’s article, we’ll guide you through the next quest, Chasing Shadows. Upon reaching Lvl. 15, you will hear the Prophet’s voice and he will ask you to return to the Harborage for another task. Find out more about this quest below. The Search for Sai Sahan: An […]

What’s up, Elder Scrolls Online weapons collectors? For today’s article, we’ll guide you through the next quest, Chasing Shadows. Upon reaching Lvl. 15, you will hear the Prophet’s voice and he will ask you to return to the Harborage for another task. Find out more about this quest below.

The Search for Sai Sahan: An Overview for Elder Scrolls Online Weapons Collectors

Previously, during the quest to save Lyris Titanborn, you discovered that Sai Sahan is in trouble. For Chasing Shadows, the Prophet is seeking a way to rescue him. The Prophet heard talks of fear in Coldharbour, and wants you, the Vestige, to find the agent of the Worm Cult and kill him. You need to be about Lvl. 15 or more, and by this time should be equipped with decent Elder Scrolls Online items since this quest will be a bit tough for those fresh to Lvl. 15. Anyway, if you’re struggling, you can try coming back. The quest will begin with the Prophet informing you of the presence of an agent of evil in the nearby city. 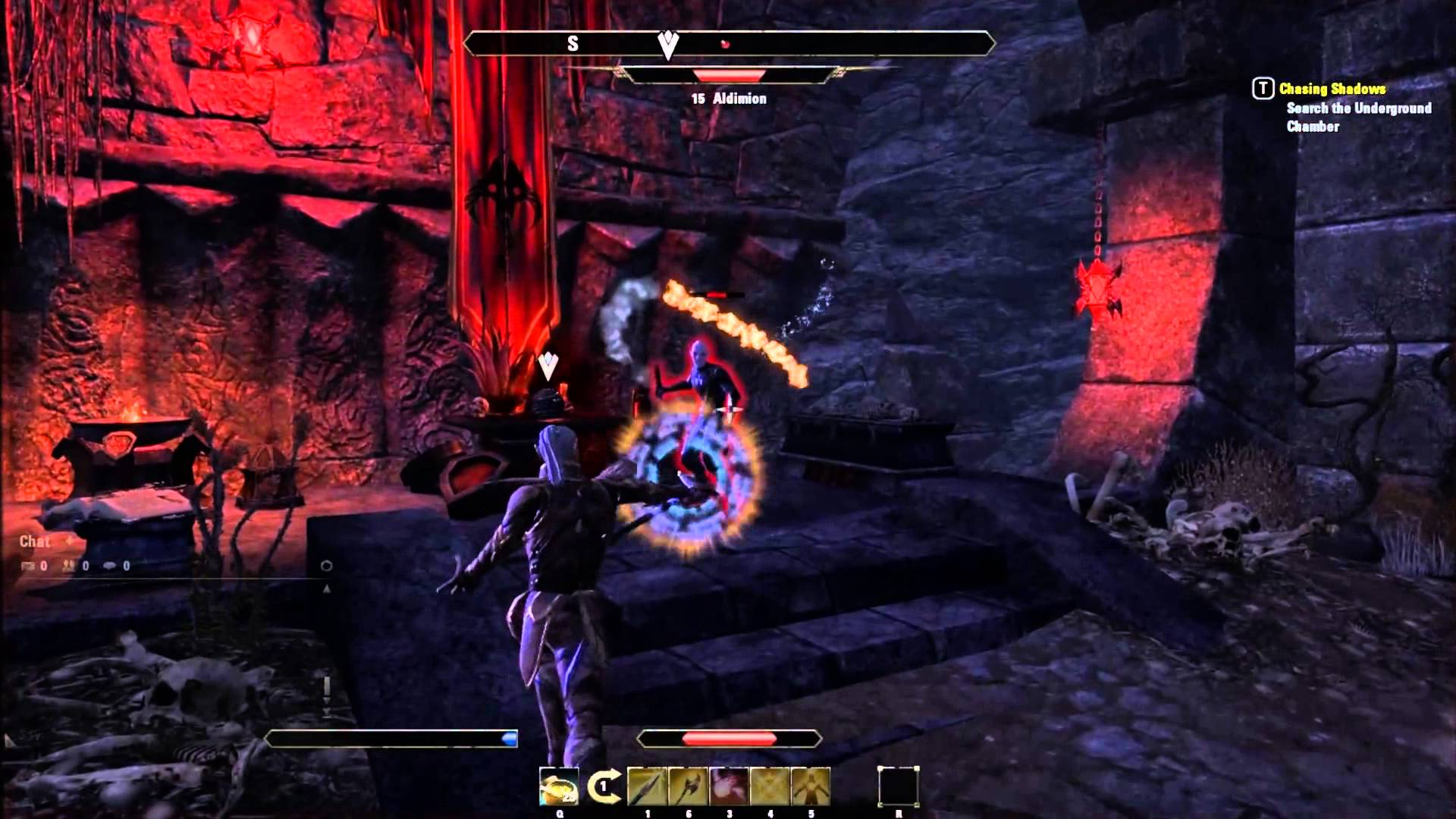 Head into town and speak with the NPCs to find out more about the agent. You will have to speak with different people until you have enough information. In Aldmeri Dominion, Mehdir in Vulkhel Guard stated to have seen an Imperial man by the lighthouse. Talk to Diranor as he will tell you that the man is looking for local burial grounds. You will find a suspicious cellar inside the said lighthouse. In Daggerfall, look for Maxelle near the Millworks. Maxelle claims to know everyone in town and noticed an Imperial vagrant snooping around. Then talk to Husynia; you can find her in The Rosy Lion. She will tell you the Imperial is probably staying on the south side of town. Go inside Vachel’s House to find a suspicious abandoned cellar. For Ebonhart Pact, Okeeh noticed an out-of-towner walking about in the abandoned stable. Speak with Feduria Llaren to find out about the Imperial’s features. The investigation will lead you to a mysterious cellar in the abandoned stable, just behind the blacksmith building.

Whichever faction you belong with, you will find Aldmion, the agent, inside the cellar. He is speaking with Abnur Tharn through the Orb of Discourse. Severinus Falco will arrive and interrupt their conversation; however Abnur will not recognize them and after the conversation, and you will find out where Sai Sahan is being held. Again, the agent will prove to be a difficult boss encounter if you haven’t leveled enough. It’s best to equip yourself with a better set of Elder Scrolls Online items if you have just reached Level 15. Once you beat the agent, head back to the Prophet to bring this news.

Returning to the Harborage for Elder Scrolls Online Weapons Collectors

Speak with the Prophet and he will use the Orb of Discourse to locate Sai Sahan. Listen to a few of the dialogues until Lyris calls you over to talk to you, realizing that Tharn might join them if they could convince him, thus setting the events for the next main quest. For this quest you will be rewarded with Aldmion’s Amulet and 1 Skill Point.