Today’s guide will walk you through the next main quest for Elder Scrolls Online items collectors. Valley of the Blades will become available to you once you reach Level 35. Return to the Harborage and speak with Sai Sahan to learn more about the key and the amulet, and his great mentor, Kasura. The Enchanted Ring for Elder Scrolls […]

Today’s guide will walk you through the next main quest for Elder Scrolls Online items collectors. Valley of the Blades will become available to you once you reach Level 35. Return to the Harborage and speak with Sai Sahan to learn more about the key and the amulet, and his great mentor, Kasura. 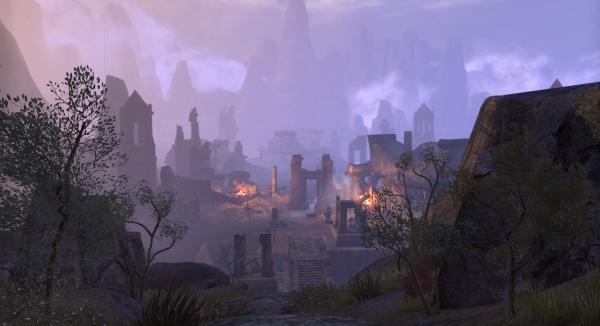 After speaking with Sai Sahan, Varen Aquilarios will tell you more information about the key—which isn’t a key at all, as he will reveal to you that it is in an enchanted ring bearing the sigil of Stendarr. Sai Sahan will ask you, along with Lyris and Tharn, to accompany him to his mentor, Kasura, after briefing you about the quest. Prepare for this quest with the necessary Elder Scrolls Online items as this could be a tough one, even for a Level 35. Once you’re ready to leave, go through the portal and travel to the settlement where you will find that it has been destroyed by Mannimarco.

Sai Sahan will call around for his mentor, and she will appear with a warning of Daedric beasts attacking the abbey. Quickly go around and close the three sigil stones before more enemies summoned by Mannimarco begin swarming out of them. After this, a very large and angry Daedric beast will show up, which you will have to defeat. Note that it hits significantly hard, so let the NPCs tank its attacks while you deal damage consistently, either from afar or carefully with melee attacks while it is distracted.

After defeating the demon, Kasura will tell you where to find the ring that acts as the key for the amulet. Head into the Ancestral Crypt at the top of the eastern stairs. Mannimarco will appear as soon as you retrieve the ring, and he will reanimate the dead—powerful blade masters and some of Sai Sahan’s ancestors—and you will have to fight off a few waves of them. The mages dish out plenty damage, so be cautious while fighting them. Make sure you have stacked up enough and equipped your best set of Elder Scrolls Online armor and weapons before you began this quest, because you can easily die mid fight. Fortunately, if you do, you don’t have to actually reset and do all of them again, only the ones that remain. A portal will open once all of the skeletons are dead, and from there you can return to Varen in the Harborage and conclude this quest.