For today’s quest guide on ESO, Queen Ayrenn has asked you to accompany her to the ancient site known as Tanzelwil, wherein she worries about a calm ceremony. Find out more about the two related quests in the article below, Elder Scrolls Online items collectors! The Ancient Site Tanzelwil for Elder Scrolls Online Weapons Collectors […]

For today’s quest guide on ESO, Queen Ayrenn has asked you to accompany her to the ancient site known as Tanzelwil, wherein she worries about a calm ceremony. Find out more about the two related quests in the article below, Elder Scrolls Online items collectors! 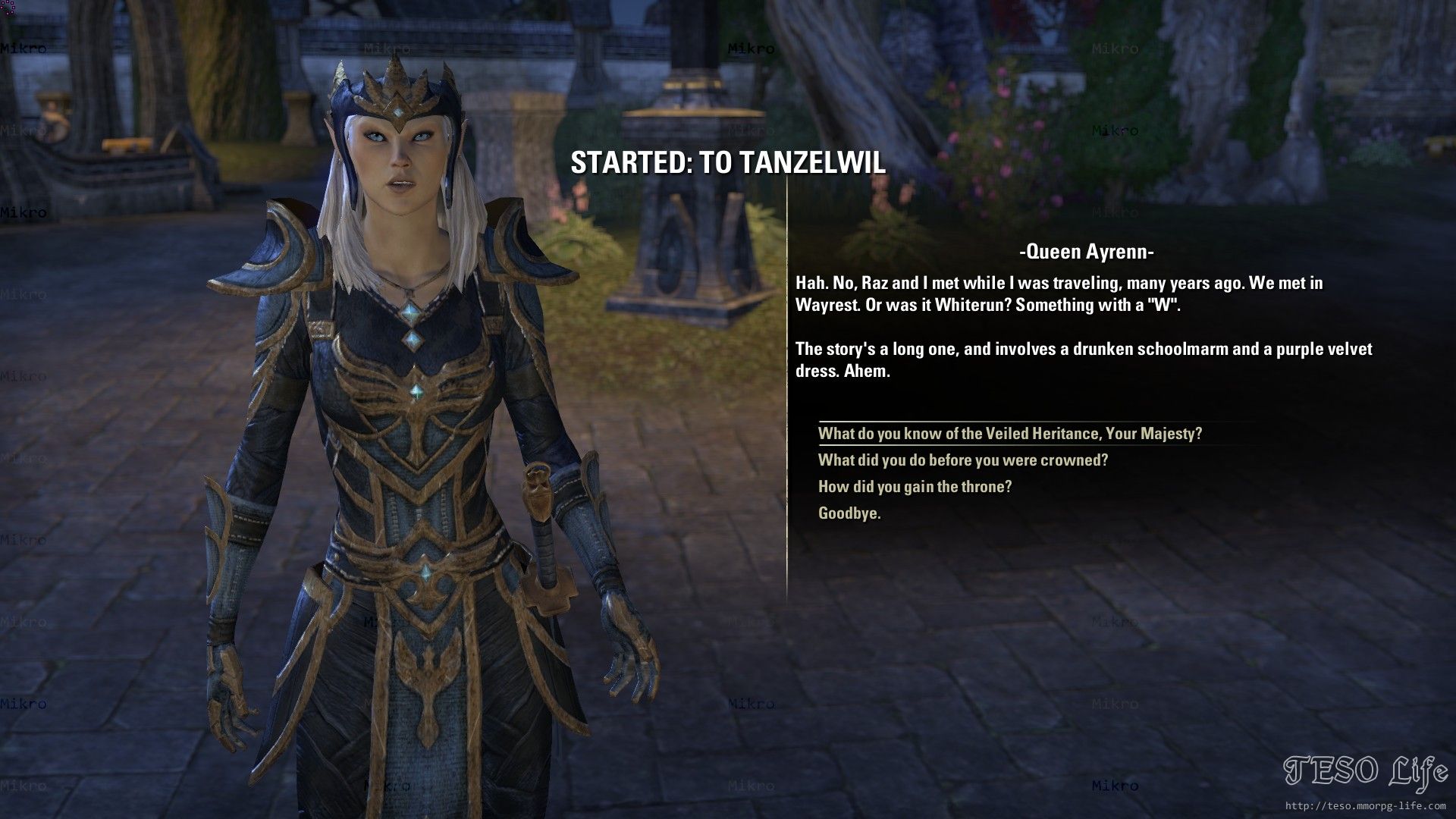 This will be a very simple quest. As part of the Queen’s elite agents, she wants you to make haste for the ancient site of Tanzelwil as she worries about the monarch that communes quietly with the dead in the ruins. Ride for Tanzelwil in the northwest, and seek out her entourage as soon as you arrive. Speak with Prince Naemon to complete To Tanzelwil and earn your reward.

On the way, you have the option to stop at The Lady mundus stone to unlock the Stormy Vale Wayshrine on your map. It is recommended that you discover this Wayshrine now for Tanzelwil since it is close to the next quest’s locations to cut your travel time efficiently.

To make up for the easy quest previously, In The Name of the Queen will be a bit challenging, so you should at least equip a better set of Elder Scrolls Online weapons before heading to the next quest location. Queen Ayrenn wishes to perform rituals in respect to her ancestors; however, she has found that the spirits are angered and violent. Prince Naemon requests that you aid her as quickly as possible.

After being attacked by a mysterious spirit at the altar, the Queen will ask that you defend the two priestesses at the West Ritual Site and the Northern Ritual Site. To the west, you will find Priestess Aranwen sitting on the ground inside a blue circle, and she is in need of your help in defeating the spirit, Colonwe, who is trying to kill her. At the Northern Ritual Site, Priestess Monaste is surrounded by ghosts. Defeat the ghosts until two more enemies appear after she starts the ritual. Once she completes the ritual, return to Queen Ayrenn to conclude the quest.