Show off your Elder Scrolls Online Armor in Glenumbra 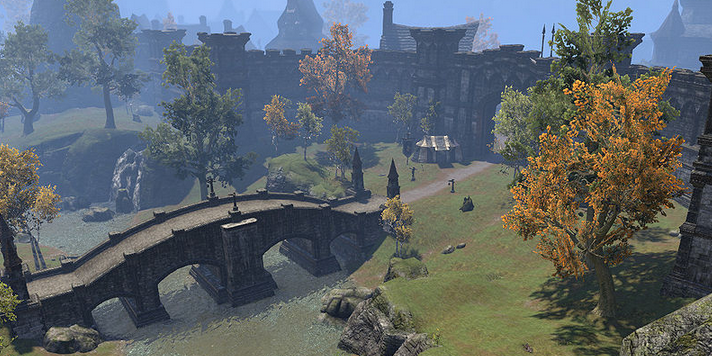 Where to fix your Elder Scrolls Online Armor

Glenumbra is a zone designed for characters level 3 to 15. It contains a total of 16 Skyshards within its borders to help players get more skill points. If you need to repair your Elder Scrolls Online weapons and armor, then you will have to head to Daggerfall. This is the largest city in the zone and is the seat of King Casimir. Also in the zone is the city of Camlorn. This can be found to the north.

Once you have your Elder Scrolls Online weapons and armor set, you can then head to the zone’s various dungeons. As an area designed for new characters it has a lot of delves to dive into. Near Camlorn is Enduum an Ayleid Ruin. Another Ayleid Ruin lies north of Daggerfall and is called Silumm.  East of the large city is Ilessan Tower, while the Mines of Khuras are east of Aldcroft.  Cryptwatch Fort is located north of Crosswych while the Ebon Crypt is to the west of Cath Bedraud.

Glenumbra is the first zone new players from the Daggerfall Covenant will face group bosses in. You can wield your Elder Scrolls Online weapons in Balefire Island just north of Camlorn. North Shore Point is in a lake east of Westtry, while Seaview Point is southwest of the Enduum ruins. North of Aldcroft lies the Wolf’s Camp, while north of Daggerfall, on a hill is the Western Overlook.