Adventurous players looking for Elder Scrolls Online items will ultimately find themselves in Eastmarch if they are part of the Ebonheart Pact. In today’s guide we will look at the points of interest in this area. We will also check out where you can get Elder Scrolls Online armor and weapons. 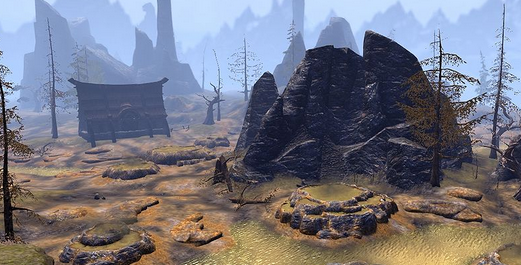 Getting your Elder Scrolls Online weapons

Eastmarch is a zone designed for characters level 31 to 37. It is where the city of Windhelm is located. This city is the seat of Jorunn the Skald-King, the High King of Skyrim and leader of the Ebonheart Pact. Players can find all sorts of gear, including Elder Scrolls Online armor and weapons among the various shops in it. The zone itself has several dungeons and settlements. It also contains 16 Skyshards scattered in its borders for those seeking more skill points.

Aside from the capital city, Eastmarch also has several towns. There is Cragwallow to the east of the zone, while Wittestadr is just south of Windhelm. Meanwhile, Lower Yorgrim is to the east of the capital. There are also several forts in the zone with Cradlecrush in the west, Fort Amol in the southwest and Fort Morvunskar to the northwest.

Those wanting to test their Elder Scrolls Online armor can do so by checking out the dungeons in Eastmarch. East of the capital is the Chill Hollow, while in Windhelm itself is the Hall of the Dead hidden within a tomb. There is also Stormcrag Crypt which is accessible from another tomb in southeastern Eastmarch. And yet another dungeon in a tomb is the Bastard’s Tomb. This one is located north-northeast of the Rift Gate.

If you want to get high quality Elder Scrolls Online armor, then you may want to check out the group bosses available in Eastmarch. Players can take on Ammabani’s Pride, Dragon Mount and Dragon’s Hallow with their group. There is also Rageclaw’s Den and Ratmaster’s Prowl that will test players. Swiftblade’s Camp is also in the zone for those looking for a challenge.