[GUIDE]Mastering the Strength of Werewolves to Hunt ESO Gold 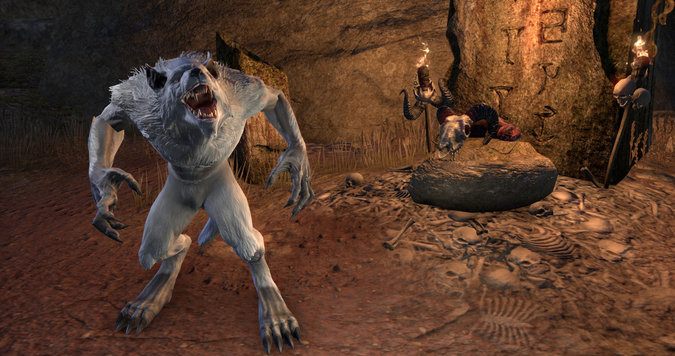 The Lycanthropy skill line only has three skills, the first of which is Pounce. Elder Scrolls Online gold hunters will find this ability extremely useful. This is due to it combining mobility, damage and crowd-control. When used, your werewolf will leap towards the target and deal physical damage. It will also cause the target to be stunned if they are off-balance.

This skill can be morphed into Brutal Pounce which will cause it to deal damage to all enemy mobs in the landing zone. Another morph for the ability is Feral Pounce. In this form, using the skill will increase the time your character retains their werewolf form.

Werewolves are known for unleashing their beastly side. This is most evident in their Roar ability. Activating this skill will cause your werewolf to release a mighty roar that will afflict enemies nearby with debuffs. These include fear, disorientation and off-balance. Note that only up to three enemies can be affected.

Ferocious Roar is a morph of this ability. When used in this form, feared targets that are killed will cause nearby allies to become off-balance and disoriented. Another morph is Rousing Roar. This will cause the damage of nearby allies’ Elder Scrolls Online weapons.

This Ultimate can be morphed into Pack Leader to allow allies to gain Ultimate faster. Werewolf Berserker on the other hand will increase attack speed with each hit. It also adds bleed damage to your werewolf’s attacks.