Time for the final confrontation against the evil Daedric prince, Molag Bal, Elder Scrolls Online weapons collectors! The God of Schemes is the final main quest in Elder Scrolls Online, and includes the final boss battle of the regular campaign. Upon reaching level 50 and completing The Groundskeeper storyline in Coldharbour, the quest will become available […]

Time for the final confrontation against the evil Daedric prince, Molag Bal, Elder Scrolls Online weapons collectors! The God of Schemes is the final main quest in Elder Scrolls Online, and includes the final boss battle of the regular campaign. Upon reaching level 50 and completing The Groundskeeper storyline in Coldharbour, the quest will become available to you. 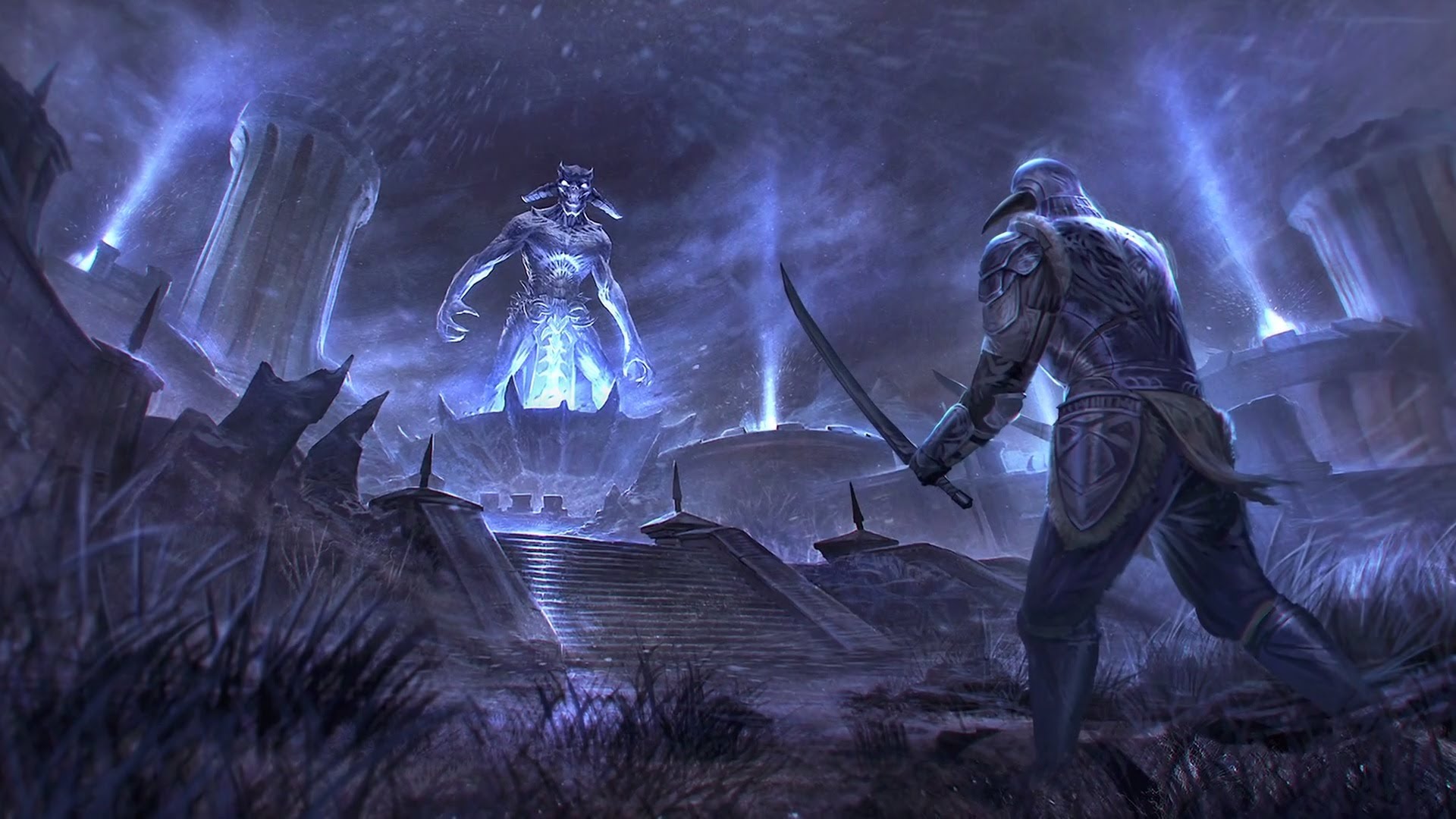 The Battle in Coldharbour for Elder Scrolls Online Weapons Collectors

Before going back to Coldharbour, make sure you have equipped your best sets of Elder Scrolls Online weapons and armor as this will be the final confrontation against Molag Bal, the prime evil of ESO. Upon entering Coldharbour, you will have to fight your way to the ritual sight, but with the help of the companions, this should be a breeze. You can either help your former enemy or simply leave him there as he deserves. Once you reach the ritual sight, you will be given a choice: there is no right answer, so simply pick the NPC you wish to begin the ritual. You will be charged with divine power at once after the ritual. This power will grant you the ability to basically one-shot most enemies while you navigate through the area. However, let this not go way in over your head as even with your new powers, you won’t be able to survive Molag Bal’s area over effect (AoE) attacks. You will face increasingly large amounts of enemies as you get closer to where he is. Titans can still damage you a great deal, so try to limit how many you are fighting at once. One way to deal with them is by using a bow or other ranged attacks before they become threats.

On your first encounter with Molag Bal, he will be colossal in size. There will be a prompt once he grabs you; hit it to use your new found powers on him. Before running in, be ready with some Elder Scrolls items like health potions and have them equipped. It is also helpful to have defensive buffs ready, along with healing buffs, as you will definitely need them to survive long enough to defeat Molag Bal. Damage over time (DoT) spells will also be useful later in the fight. Approach the boss to begin the instance. Watch out for his three attacks during the first stage: a normal melee swing that can be blocked easily enough, a front-facing cone attack, and finally, an attack wherein he will disappear and then fall from the sky. This final attack is also easy to avoid since the AoE circle is visible while the attack is executed. Continue attacking until you have depleted about 40% of his health and he will disappear.

An Army of Titans for Elder Scrolls Online Weapons Collectors

For the next stage, you will have to face a small army of Titans. Though this may seem overwhelming, it does not pose a problem. Begin by blocking and you will see a golden glow around you; this glow will bounce back the magic balls the Titan shoots. Continue blocking while the Titans shoot you until they all die. Molag Bal will return shortly thereafter.

The final phase will be pretty much about the same as the first, although now Molag Bal will attack with a new magic attack. He will summon magic meteors to hit the ground, which can deal massive damage. You can dodge this if you manage to step out of the red AoE circles in time. He will also use his meteor attack more frequently, requiring you to run around the area more. This is where having DoT abilities come in handy—deplete his health with some DoTs as you dodge around him. Continue this until he has about 5% left in his health pool to win the battle.