You’ve launched the game. You’ve created character in ESO. Now you’re about to start with your first quest, but you have no idea what to do and what to expect. But don’t worry! For today’s article, we’ll be discussing the Soul Shriven in Coldharbour main quest, as well as the Elder Scrolls Online items you […]

You’ve launched the game. You’ve created character in ESO. Now you’re about to start with your first quest, but you have no idea what to do and what to expect. But don’t worry! For today’s article, we’ll be discussing the Soul Shriven in Coldharbour main quest, as well as the Elder Scrolls Online items you can loot as you make your way through Coldharbour. 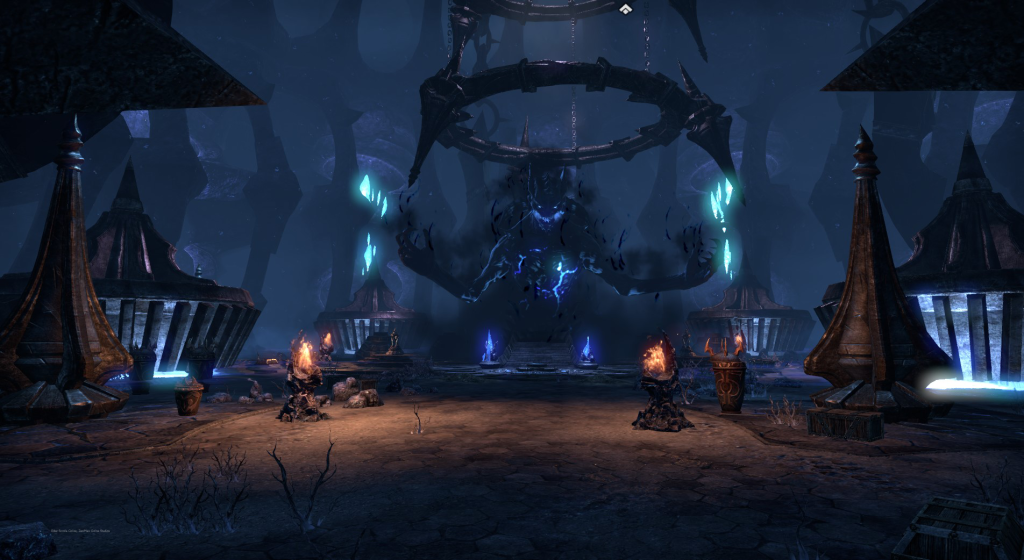 The Elder Scrolls Online is an immersive universe with faction-specific and zone-specific stories; however, the focal plot that drives every character is independent of their chosen Alliance or Race in-game. You will begin your journey amidst a prison break in Coldharbour, an extradimensional domain ruled by the Daedric prince called Molag Bal. He has been oppressing people by capturing their souls, and you are one of those who have been held captive in this frozen hell.

You begin the game in The Wailing Prison in Molag Bal’s Plane of Oblivion. Search the cell for a key to escape, and after doing so, proceed down the path where the NPCs are heading. Weapon racks give you the option of any starting weapon. Note that you may only pick one. Once you have equipped your weapon of choice, exit the prison towards The Bleeding Forge. Here, you will confront a Skeletal Warrior and a Skeletal Archer, which will serve as a combat tutorial in the game.

Speak with Lyris Titanborn to progress your quest. Throughout the way, you will fight through more Daedra until you reach a door that leads to the next open area where you’ll be able to see other players. Walk through the Ashen Mines until you reach a door leading to the Towers of Eyes. Take the opportunity to fight plenty of monsters to level up your skills, and learn more about your chosen class. It won’t hurt to explore a bit as there are some basic Elder Scrolls Online items you can loot that may prove to be useful later on. There is also a chest in a secluded part of the river. Though optional, you will be tasked to destroy a Sentinel. You will find the Sentinel atop a hill by proceeding forward from when you first exited the mines. Once you are ready to proceed, follow the marker up the small tower and destroy the eye—remember to avoid its gaze, though it is highly unlikely that you will die from this. After completing this objective, you need to reach the Prophet’s cell. This displeases Molag Bal, so he blocks your way with his dark fire. Speak with Lyris before heading off to speak with the mad knight Cadwell. Cadwell will point you to the Undercroft, which will appear on your marker. Once inside the Undercroft, watch out as you might trigger several spike traps on the floors and walls. There are also enemies lurking about. Again, explore a bit for chests that may contain consumables, recipes, food components, lockpicks, or Elder Scrolls Online armor and weapons.

Once you reach the exit, climb the ladder and you will arrive in a large room. Approach Lyris and speak with her. You will find the Prophet trapped between two magical devices. Disable the North Anchor Pinion and the South Anchor Pinion, then return to Lyris, and watch the following scene as the Prophet is set free. Speak with him before leaving the next area to face off against the first boss. Enter the Mooring Base, you will inevitably trigger an apparition of Molag Bal, followed by a confrontation against the Anchor Guardian. Sure enough, this won’t be a sweat. The Anchor Guardian’s attacks can trap and bind you, but you can easily break free from them. You also have the Prophet to back you up by healing your character, so concentrate on dishing as much damage as you can on the Anchor Guardian to interrupt its attacks. After beating it, collect the Skyshard and learn more about it from the Prophet. You will then have to activate the West Anchor Device and the East Anchor Device. Approach the rift shortly after and use it to return to the land of the living, Tamriel.