For today’s article, we’ll walk you through the next main quest available on your TESO account, Daughter of Giants. You have been contacted by the Prophet to meet him in the Harborage to save one of the companions, Lyris Titanborn, from Coldharbour. Find out more about this quest below. Return to Coldharbour: An Overview for […]

For today’s article, we’ll walk you through the next main quest available on your TESO account, Daughter of Giants. You have been contacted by the Prophet to meet him in the Harborage to save one of the companions, Lyris Titanborn, from Coldharbour. Find out more about this quest below. 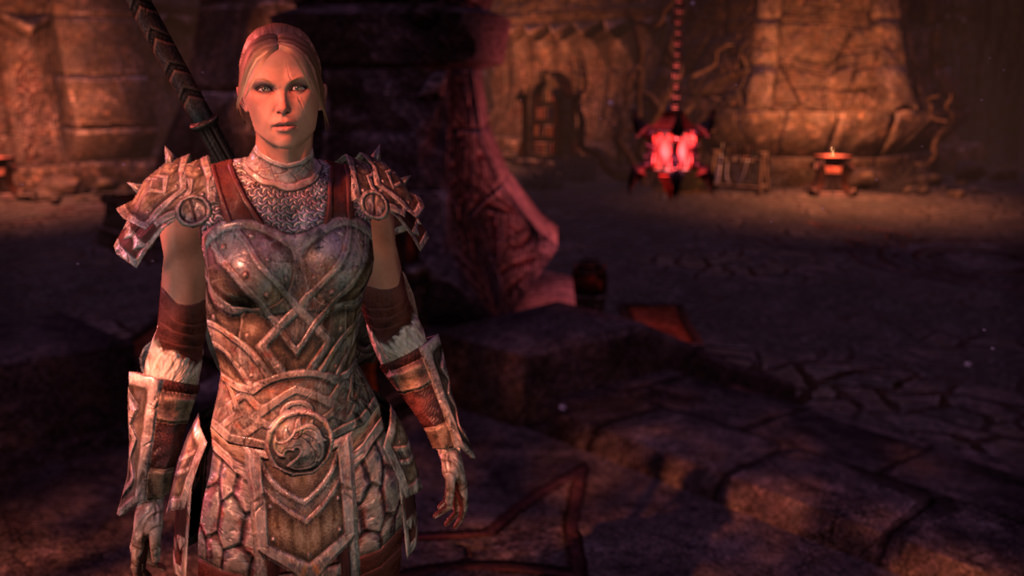 Return to Coldharbour: An Overview for your ESO Account

In your Elder Scrolls Online account’s main quest, the Prophet will tell you that Lyris is in Coldharbour, in the Foundry of Woe, forced to work a forge for Molag Bal. He will then open a rift for you, the Vestige, to enter the gateway to Oblivion. Follow the marker to find Lyris standing by a large table. Speak to her, and you will find out that all her memories, feelings, and her willpower have been fragmented, locked away in different parts of the Foundry. You will now be tasked to retrieve them for her.

Settle Lyris’ Regret and Solitude on your ESO Account

Walk towards the Foundry to first help Lyris settle with her regret of leaving home and never resolving issues with her father, Gjalder. Explore a bit until a ghostly figure appears. Talk to him, and he will introduce himself as Gjalder. He will ask you why Lyris walks with them, and then will tell you how the Daedra brought him to Coldharbour only to torture him by letting him experience his murder again and again. Explain that they’re using him to keep Lyris shackled to Coldharbour as she is blaming herself for his death. Afterwards, move away and let Lyris speak with her father. Continue further in to settle with her solitude. This time, a mockery of an event in Lyris’ life will play, where Imperial troops would steal her armor. Sneak around so the soldiers won’t detect where her armor is and bring it back to Lyris to regain her confidence.

Lyris’ Uncertainty and the Prison of Echoes on your ESO Account

You will fight a few Daedra on the way as you continue to advance into the Foundry. Another spirit will appear, the spirit of Abnur Tharn. Behind him is her weapon, a mighty axe, on a mound. As you approach to retrieve it, a Clannfear will materialize. Defeat the creature and take the axe to Lyris. She will talk a bit about her blind hatred, and how she didn’t trust Abnur Tharn, but she will slowly come back to herself after breaking through the blocked passage. There will also be ogres preventing you from continuing further; defeat them until you come to a chamber. Inside there are skeletons hanging from the ceiling, and in some large containers around the room. There is a large bowl and a ghostly spirit appearing above. Lyris will walk over and speak with the apparition, and you will find out that the spirit is Sai Sahan. Advance further in and there will be challenges ahead. Defeat them in order to reach another large area with the manifestation of terror in the middle. Defeat the terror so Lyris can reclaim her memories and go through the portal out of Oblivion afterwards.

Speak to the Prophet back at the Harborage after the dialogues from Lyris. Inform him of the events that transpired while in Coldharbour. The Prophet will then say that they must locate Sai before Mannimarco forces him to reveal the location of the amulet. He will call upon you again when the time is right, and from here on you are free to work on other quests in your TESO account until the next required level.