After you have reported back to Harrani following the events of Ulondil’s treachery, Zaeri will run up to you asking for help as Sea Vipers have attacked Cat’s Eye Quay. The defensive forces are thin, so they your help to prevent the fall of Mistral. Find out more about this quest for Elder Scrolls Online […]

After you have reported back to Harrani following the events of Ulondil’s treachery, Zaeri will run up to you asking for help as Sea Vipers have attacked Cat’s Eye Quay. The defensive forces are thin, so they your help to prevent the fall of Mistral. Find out more about this quest for Elder Scrolls Online items collectors in the article below. 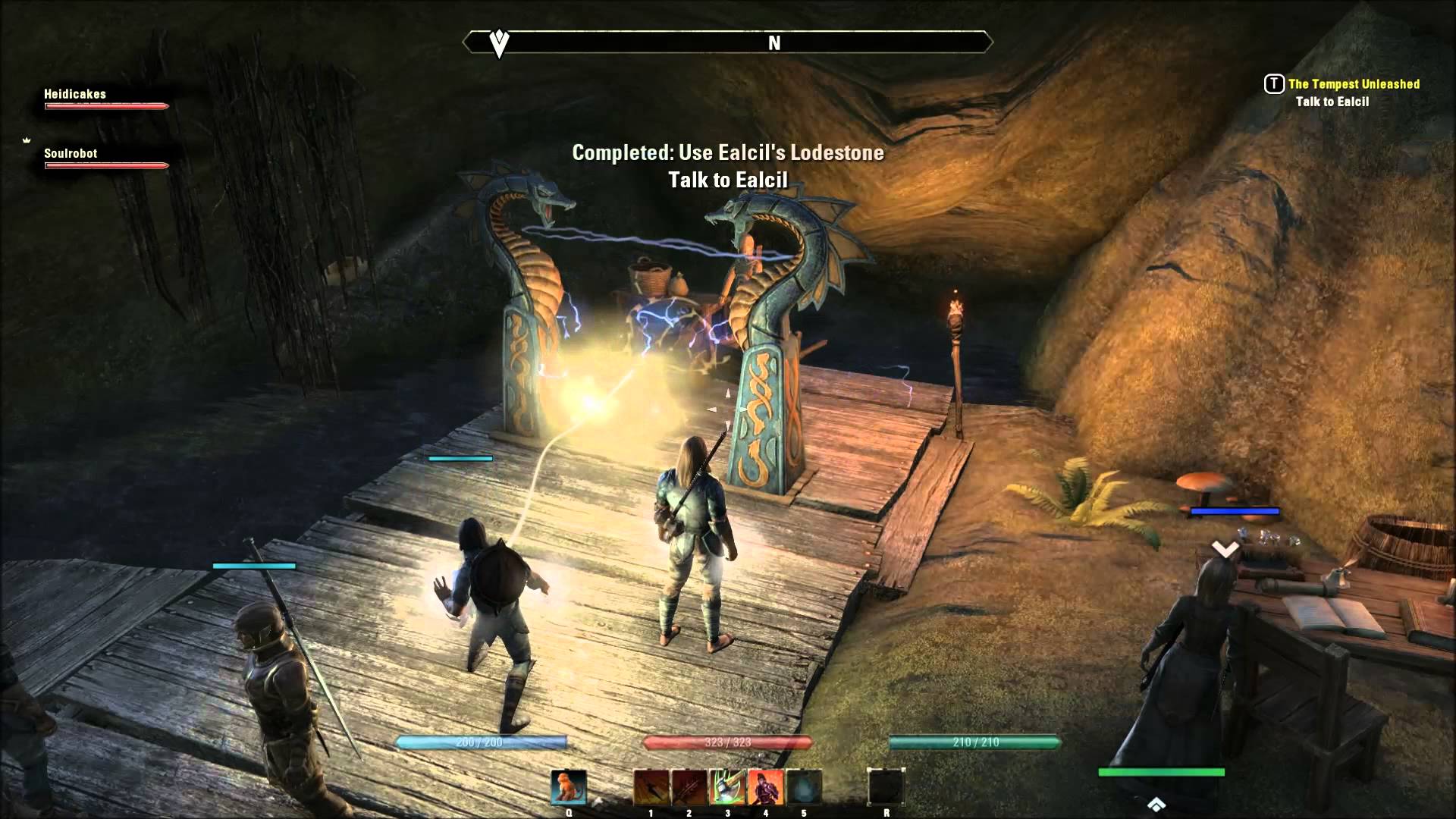 This could be a bit challenging; gear up with Elder Scrolls Online items first before you head into the entrance to the quay to meet up with Commander Karinith. He will direct you to urge civilians away from the fighting. Berantin and Calpion are a little further towards the quay, so try to persuade them to leave. Calpion will return to Mistral, but Berantin will insist that we will stay and fight. Talk to Sergeant Firion. Either a marine or a wizard will stay to guard the area, while the other will follow you as your companion. Continue on with your new companion and fight the Sea Viper forces that you will encounter along the way. While you examine the area and find the corpses of Edhelas and Nistel, you’ll find Ealcil’s research notes and the warehouse, with the final page being held by the lone survivor, Mazar. Mazar will direct you towards another entrance to the mine.

Through the Wind Tunnels for Elder Scrolls Online Weapons Collectors

The next thing you have to do on this quest in Elder Scrolls Online is to enter the Wind Tunnels and locate Ealcil. He will tell you all about the Sea Vipers’ Storm Totems, which harness energy from people marked with runes. He excitedly informs you that he has a lodestone which can be used to collect the energy from the totems and disrupt them. Walk through the mines and disrupt each of the totems, killing Sea Vipers that you may encounter. At the end of the tunnels, Ealcil’s projection will speak with you, telling you that he’s discovered what’s going on.

It seems that the Sea Vipers have captured a storm atronach and plan to use it to destroy Khenarthi’s Roost by first annihilating Mistral. In order to stop this, you must first deactivate the three horns surrounding the atronach outside. Ealcil will reassure you that everything will turn out alright as he will be supporting you from afar. Deactivate the three horns, but watch out for the giant snakes and their powerful Sea Viper masters. Again, this quest could be easier if you have stacked up on items and decent gear. Once the horns are down, run away from the now-free atronach. You will run into Razum-dar again, who will lead you safely back into Cat’s Eye Quay and will direct you towards Captain Jimila, who can take you to Auridon. Raz will give you something from the Mistral armory, a two-handed sword called the Storm-Slave’s Razor, a worthy addition to your Elder Scrolls Online weapons.